Record numbers of ‘Mudders’ raise over £1400 for the Devon Air Ambulance Trust. 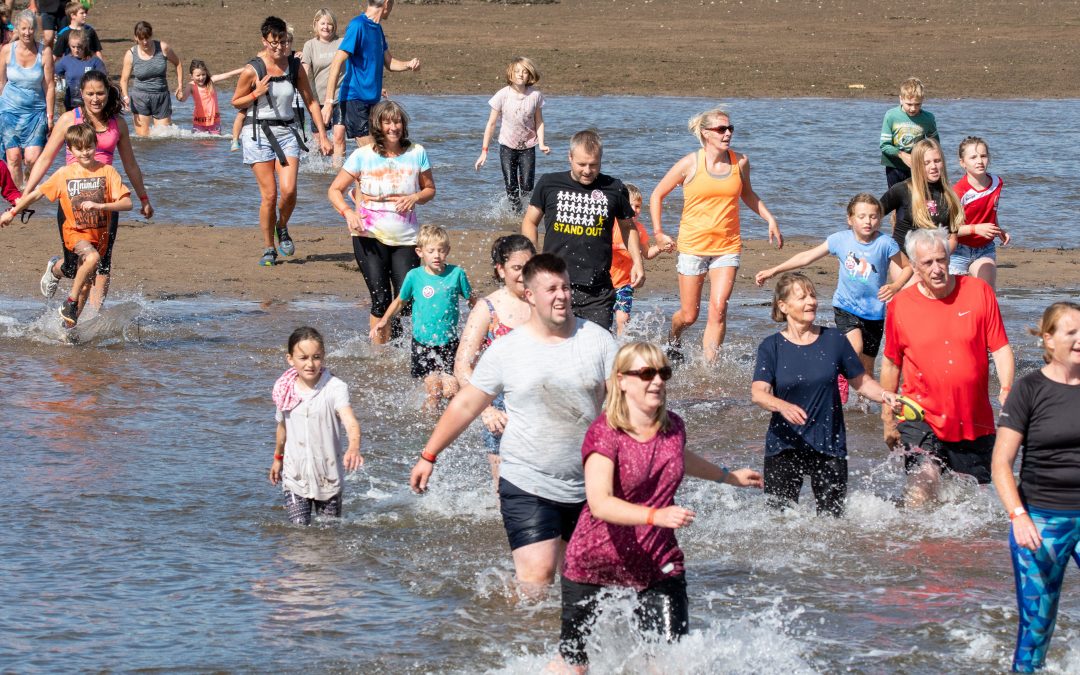 Last Sunday afternoon the peaceful Teign Estuary became a hive of activity of a different kind. The annual Red Rock Mud Race is a run from one side of the river to the other, taking in the famous Red Rock landmark, where participants are met with cold water, sticky sand and then lots and lots of mud! Some choose to don their finest fancy dress; others gaffa tape their shoes on – all in aid of the Devon Air Ambulance Trust.

This year saw record numbers taking part. So much so that the race itself was split into “elite runners” first with families – and those less inclined to run as hard as they can for a PB through the knee deep mud – following on after.

Event organiser Liz Deane said “it was quite an afternoon and a great time was had by all. The weather was lovely which boosted numbers dramatically and we raised over £1400, an all time record, for the Devon Air Ambulance Trust”.

Red Rock’s Marketing Manager Holly says “we love the mud run. It’s such a great event. The Red Rock landmark is a big part of our story here at the brewery so it’s very fitting that we can be there to support the parish council of Combeinteignhead and all those who take part. It was sunny and the “mudders” were thirsty so a lot of beer was consumed! The Devon Air Ambulance Trust is a charity very close to our hearts so donating the beer (and taking part in the run) is a no brainer for us”.

Did you take part in the Mud Run? Got any photos you’d like to share on our Facebook page? We’d love to hear from you. Also, any comments for future runs (good or bad) would be appreciated. Email Holly at info@redrockbrewery.co.uk or PM us.