Limited edition BrewBQ gets the thumbs up! 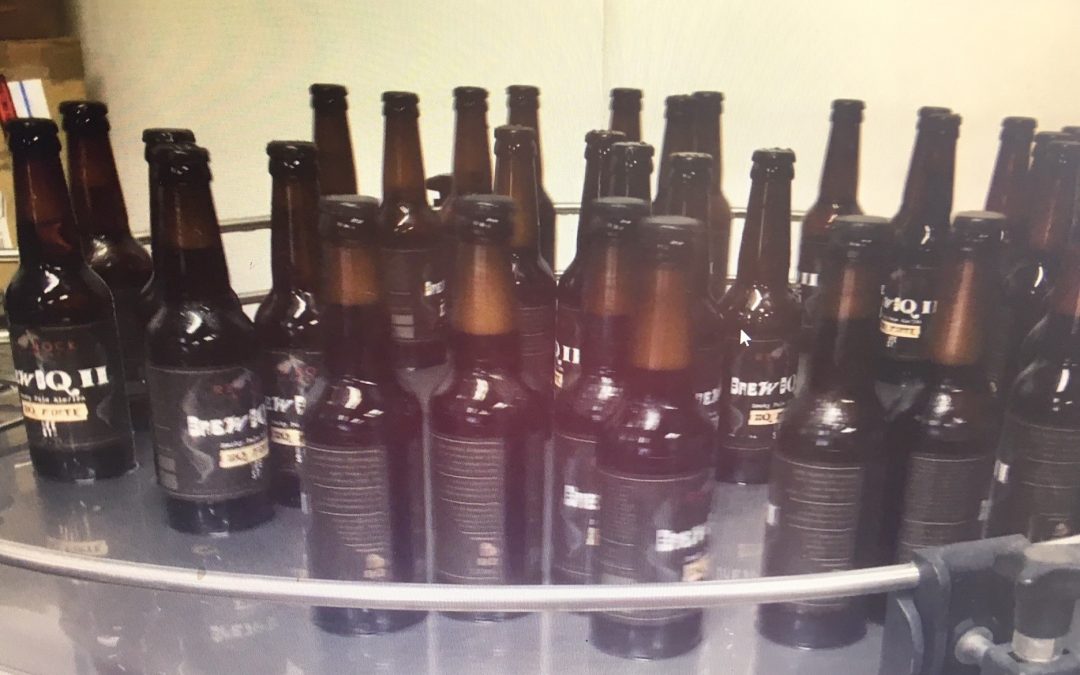 After the success of last weekend’s QFest, a lot of people are talking about the beer as well as the delicious BBQ demos! Naturally, the special edition BrewBQ II was going to go down well with festival goers. It was the brainchild of Red Rock Brewery’s Lewis Parkes and Festival organiser Ben BBQ Forte, two experienced foodies who know a good flavour when they taste it.

The BrewBQ II is a smokey IPA, brewed with a blend of BBQ Forte whisky oak smoked lager malt, pale, cara and wheat malts and torrefied wheat. The brew was continuously hopped with Archer and Cardinal to give a powerful punch of pineapple and citrus fruits with a bittersweet finish. Available in a 330ml bottle, the beer was brewed and bottled at Red Rock Brewery last week, ready for the festival, which was opened up to the public for the first time this year.

Lewis says “the weather wasn’t exactly perfect BBQ weather but we still had a lot of visitors over the weekend and the beer seemed to generate a lot of positive comments and interest. As brewers, we love pushing the boundaries and experimenting with ingredients and flavours and it’s always good to receive feedback that people enjoy drinking our beers as much as we enjoy making them.”

The BrewBQ II is the second limited edition brew to come out of the Red Rock ‘think tank’ this year. It follows on from the brewery’s craft IPA introduced to the market in April. Lewis, Hollie and the team plan to keep inventing and perfecting recipes in order to offer new and innovative beers that get everyone talking. So watch this space for the next one…

Did you try the BrewBQ II? If so, we’d love to hear what you thought of it!