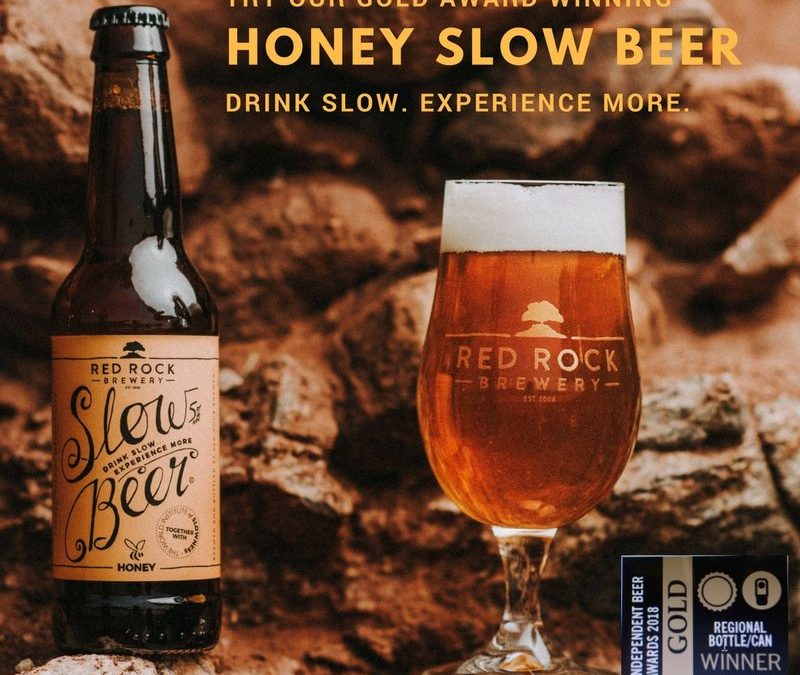 The winners were announced last Thursday, 21st April, kicking off the annual Tuckers Maltings Beer Festival. The Honey Beer fought off strong competition from 200 other entries across the South West region to win gold in the speciality light beers category. The judging panel was made up of an extensive list of fellow brewers, Supplier Associates, members of the press, local CAMRA members and beer enthusiasts.

The Honey Slow beer is 5% ABV and a sweet, pale beer made with local Devon honey from the Haldon Honey Company. Owner Neil Graham has around 200 beehives dotted around Haldon Hill and produces a lovely natural honey from clover, bramble, sweet chestnut and bells heather.

The Honey Beer was the third beer to be produced in the Slow Beer range, following on from the original and Elderflower, the latter of which won a silver in the same award category in 2017. The Slow Range is a homage to the slowness and beauty of nature. Ingredients for the beers are wholly natural and sourced locally where possible. In addition, the brewery uses pure spring water from the farm where it is based.

Lewis Parkes, Managing Director of Red Rock Brewery said “this is a great achievement for us and comes at the right time as the season for selling beer kicks in. Since we established the brewery over 10 years ago, we have developed 3 different ranges of beer. There’s still demand for our traditional ales but our Slow and Craft Ranges are growing in popularity and interest so we are spending some time refining their recipes to keep them fresh and distinctive”.